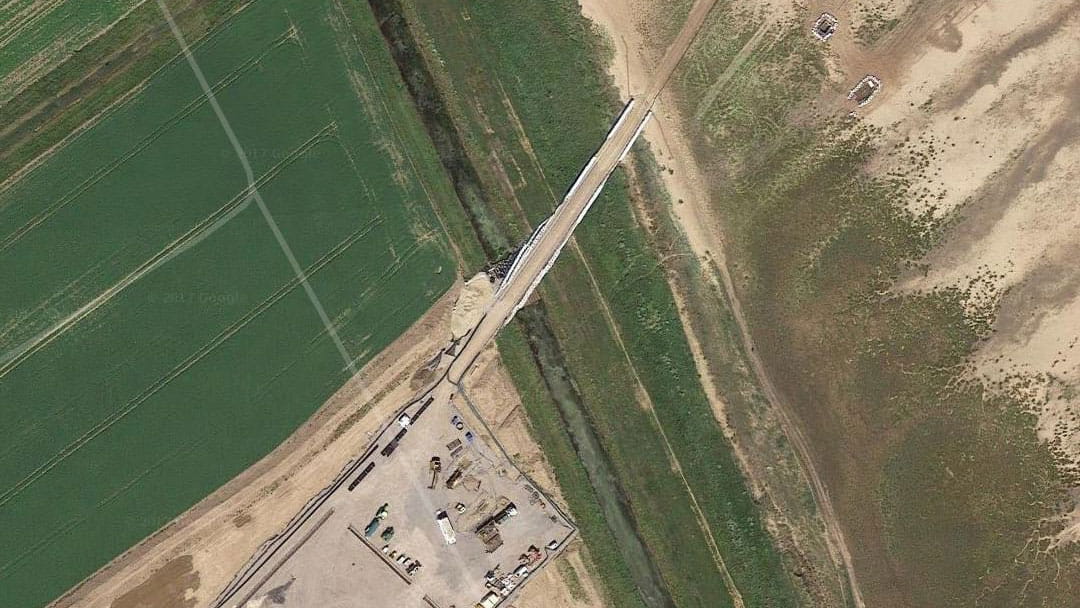 A local engineering company in North Lincolnshire has won a huge contract worth well over one million pounds, for part of the onshore cable works for Hornsea Two, an offshore wind farm being constructed 89km off the Yorkshire Coast.

AMS Trenchless Specialists, based in Scunthorpe, will undertake Horizontal Directional Drilling (HDD), a method of installing ducting and cables beneath existing infrastructure without disruption, at the landfall site in Horseshoe Point where the offshore cables meet the onshore cables.

This contract builds on the existing relationship between the East-coast firm and Ørsted, the world’s largest offshore wind developer, following previous works for Hornsea Two’s sister project, Hornsea One.

Hornsea Two is in the early stages of construction, and when complete in 2022 it will be able to power well over 1.3 million homes, overtaking Hornsea One, due for completion next year, as the world’s biggest offshore wind farm.

Duncan Clark, project director for both Hornsea One and Two, said: “We’re delighted to welcome another UK firm to join us in building the UK’s largest renewable energy project currently under construction. Lancashire-based VolkerInfra are installing the onshore cable, the onshore substation is being built by Balfour Beatty, and the fact that AMS Trenchless Specialists, who are based literally up the road from our onshore site, will be working with us again is a testament to their previous work on Hornsea One.”

Using Horizontal Directional Drilling means that the cable can be buried underground without using trenches or disrupting the existing sea defences in the intertidal area, that links the offshore infrastructure with the onshore infrastructure.

George Aitkenhead, Managing Director, AMS Trenchless Specialists said: “We feel proud to again have the opportunity to work on a project that will make a significant difference to the UK’s clean electricity system. HDD is a fast, efficient and environmentally friendly way to install this much needed infrastructure, whilst minimising disruption. It’s great to see global firms, such as Ørsted, recognise our wealth of experience and continue place such big contracts with local firms like ours. For us, the offshore wind industry provides big opportunities in a market that is only going to keep growing.”

The news follows publication of the Offshore Wind Sector Deal, a partnership between Government and industry setting out to achieve a third of our country’s electricity from offshore wind by 2030.

The UK already leads the world in offshore wind, and the recently announced Deal outlined plans for an Offshore Wind Growth Partnership, to increase productivity and competitiveness in the supply chain, and drive more UK content into offshore windfarms both for projects in the UK and abroad.

The works are expected to start in May and continue until September.

Additional information about this contract

Directional Drilling, or Horizontal Directional Drilling (HDD) is a technique by which pipe, duct or cable can be installed underground without disturbing surface structures and thereby avoiding the disruption caused by traditional open trenching methods.

Why is it needed here?

Due to the existing sea defences, an open trench method cannot be used to bury the cables. Using HDD means the cables can be buried safely under the existing infrastructure, minimising disruption.

What is an export cable?

Export cables are high voltage cables, buried underground, that carry the clean electricity generated by the turbines to the shore.

Why do you need onshore infrastructure?

Although the wind farm is located out to sea, the clean electricity needs to be carried onshore to a substation, where it will be connected to the National Grid, before reaching millions of homes across the UK.

The 39km onshore cable route runs from Horseshoe Point, east of Tetney, to the substation site in North Killingholme, adjacent to the Hornsea One substation. Works will be undertaken by Lancashire-based VolkerInfra.